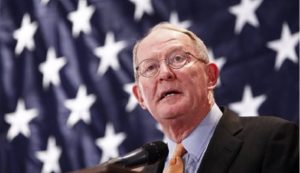 WASHINGTON, D.C., Dec. 1, 2016 – U.S. Sen. Lamar Alexander (R-Tenn.) today released the following statement after the Senate passed legislation that extends American sanctions on companies or entities that do business with Iran for 10 years:“Iran remains a threat to our national security, to Middle East stability, and to Israel, one of our strongest allies, which is why I voted to preserve these important sanctions.” The Iran Sanctions Extension Act extends the Iran Sanctions Act of 1996 through Dec. 31, 2026. The law authorizes the use of economic sanctions to deny Iran resources that could be used to support terrorism or developing weapons of mass destruction. The U.S. House of Representatives overwhelmingly approved the legislation on Nov. 15 by a vote of 419 to 1.

Today, the Senate approved the legislation by a vote of 99 to 0, and now the bill will be sent to the president so it can become law.