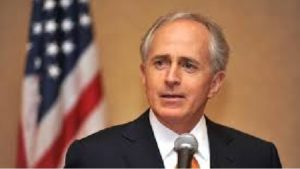 WASHINGTON – U.S. Senator Bob Corker (R-Tenn.), chairman of the Senate Foreign Relations Committee, today condemned Iran for reportedly conducting a ballistic missile test in violation of its international commitments. U.N. Security Council Resolution 2231, which endorses provisions of the Iran nuclear agreement (the Joint Comprehensive Plan of Action) “calls upon Iran not to undertake any activity related to ballistic missiles designed to be capable of delivering nuclear weapons, including launches using such ballistic missile technology”. Since the nuclear deal was signed in 2015, Iran has violated international restrictions on ballistic missiles and arms exports while also exceeding limits on nuclear material set by the JCPOA.

“No longer will Iran be given a pass for its repeated ballistic missile violations, continued support of terrorism, human rights abuses and other hostile activities that threaten international peace and security,” said Corker, a leading opponent of the nuclear deal. “I look forward to working with my colleagues and the administration to hold Iran accountable for this and other violations while ensuring radical enforcement of existing restrictions on its nuclear program.”

In their public hearings, Secretary of Defense James Mattis, CIA Director Mike Pompeo, Secretary of State-designate Rex Tillerson, and U.S. Ambassador to the U.N. Nikki Haley all emphasized the need to continue strong enforcement of the nuclear agreement with Iran.